Are you looking for inner peace?

Are you looking for inner peace? 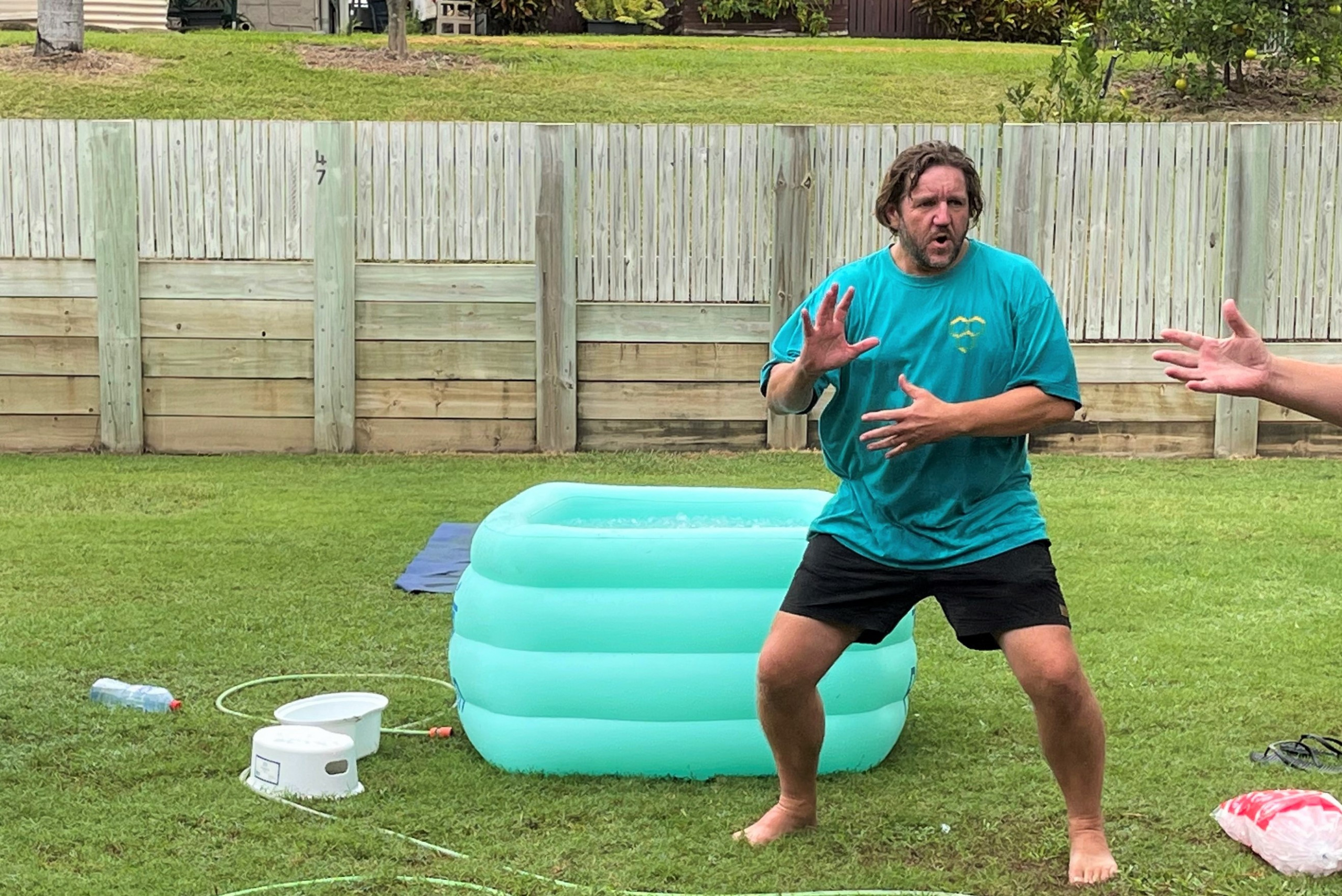 There is a form of Yoga practised by Tibetan monks for centuries. The monks meditate in freezing temperatures while draped in ice cold blankets. They use breath techniques (inner fire) to heat their bodies with the aim to dry out the blankets. The Tibetan inner fire breathwork, meditation and cold exposure are the basis for the Wim Hof Method.

My introduction to Wim Hof

It was 2018, I was going through an unhealthy phase in my life, plagued by tiredness and stress. I couldn’t see how unhealthy I was, working most days and very long hours.

I was dining in a Brisbane restaurant with work colleagues, it was New Year’s Eve. One of the guests started talking about his anxiety and Wim Hof. He told me that the Wim Hof method had helped his anxiety so much that it had almost disappeared. Being a psychologist, I was intrigued. I asked: “What’s Wim Hof?” He said: “Not what. Its who is Wim Hof?”. I was then told about Wim Hof, a guy from Holland and breath holding and cold showers. It was all a bit hazy given I was at a party. Honestly, I was only half paying attention. I asked for the details, that were quickly scribbled on a napkin, with the half intention to research further the next day. Three months later, I came across that napkin on my desk. Sometimes the universe gives us all a little nudge, I checked out the wimhofmethod.com website and subscribed to the newsletter. I would give the newsletters a cursory glance when they dropped into my inbox.

One day in April 2019, I was sent an WHM email “50% of the Fundamentals Course because it’s my birthday”. Expecting to pay AU$1000’s for a 2-day workshop I checked out the Fundamentals course. It’s ten weeks and cost AU$150 with the discount. I was surprised because I have spent $100,000s on my training, some courses have been great and others terrible. I remember thinking, “why not? Minimal risk if it is terrible”. So, I signed up.

I commenced the ten-week course which started with a pre-recorded video. I saw a yoga studio with students sitting around listening to this bearded guy in his 60’s who was speaking with a Dutch accent. He is funny, engaging and clearly passionate. The students ranged from young adults to middle-aged and it was their first week too. I felt like I was part of a new class. I didn’t know it then but my life was about to change for the better.

Wim explained his method with solid confidence, humour and just enough detail. A yoga teacher appeared and demonstrated some postures. After some light yoga stretches, we started the WHM breathwork. I was overcome by an intensity of pleasure I had never experienced before. I had never known this type of feeling was even possible. It was just incredible. I was filled with a solid sense of peace. A sense of calm grew in my body and astonishingly it stayed with me throughout the day. I was addicted from that first session.

I lived on the 11th floor of an apartment building. I would get up early before work and lie on the floor next to the big windows with my eyes closed and feel the morning sun on my face. I listened to Wim’s voice leading me through the breathwork to peace. He encouraged participants to have cold showers each day. Although I do like the cold, I was never keen on cold showers. Nevertheless, I gave it a go and after breathwork I started having cold showers. At first, I would stay for just a few seconds in the cold and then back to warm. I began to spend more time in the cold water, eventually 10 minutes in the cold. I was amazed! I didn’t think the peace from the breathwork could be topped, the cold significantly intensified the inner calm. I felt like there was a granite like column of peace in my body, it was unshakable. I have a history of trauma and associated anxiety, so this inner peace was completely new to me, it was like the best present I had ever received. I then moved onto ice baths.

After breathwork and meditation I would have an ice bath. Truth be told my first ice bath was just a few seconds as I didn’t have the luxury of an instructor by my side. I was soon up to a minute then two minutes and longer. I was again just blown away, the breathwork with the cold shower are brilliant! The ice bath just took the calm to a whole new level.

I have a trauma from my childhood, it’s triggered by an associated piece of music. Whenever I heard the music I would jump up and quickly turn it off or leave, didn’t matter where I was home or coffee shop, this went on for 40 years. One day following breathwork, meditation and during an ice bath, I was listening to random music on YouTube, I was meditating and experiencing intense calm in the cold when that piece of music began playing. Now usually I would jump up and turn it off, but for the first time I didn’t even flinch, I just listened to the music, I heard it for what it is – a beautiful piece. I had finally rid myself of a 40-year trauma. That’s why I became a Wim Hof Instructor. I am currently going through my advanced training.

The WHM is a combination of breathwork, meditation and cold exposure. The objective is to develop resilience and inner peace. Wim Hof developed his method over 40 years, the foundation being his childhood, he nearly died several times. One time he fell asleep in snow, another time he contracted a very serious bacterial infection. As such, he became intrigued by cold and health especially immunity. He was taught yoga and meditation at a very early age. At 17 he was jumping into ice lakes to experience a deep sense of peace. He experienced one of his biggest traumas in his early 20’s, the loss of his wife. The breathwork, yoga and ice helped him to cope. Eventually he put together his method and went in search of doctors to validate it. They wouldn’t listen so he broke world records for sitting in ice. He has 26 world records. He also climbed Everest in just a pair of shorts, gloves and boots – the WHM develops resilience. The doctors took notice and now the WHM has lots of medical research to support it.

I instruct part of the 10-week course, theory, first week of breathwork techniques, meditation and ice baths. It’s all optional.

My next event is on the 18th of June 2022 at Townsville Eco Resort. You can register for the workshop here.

Please note that I get paid by the Wim Hof organisation for hosting these workshops. I donate this pay to charity. This time, I will donate to PTSD dogs Australia.

STAY IN THE LOOP